..please leave a name with any comments you make in the combox. It doesn't have to be your real name, just something I can call you by. Please?
Posted by Annie at 3:36 PM No comments:

...but I wrote a post on the 'redefinition' on marriage, and commented that one day One Man and His Dog wouldn't be about sheep.

Well, have a read of this, from California.

Stunts and jokes and satire aside, it wouldn't exactly be an unexpected development, would it?
Posted by Annie at 10:22 AM 2 comments:

I couldn't make the meeting Wednesday held at Our Lady of Ransom, Eastbourne by the irritating ACTA. Just as well as I hear from Linen on the Hedgerow that attendance at one of their meetings seems to sign you up as a supporter. 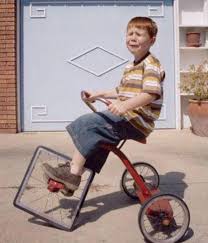 While I feel that ignoring them is what they deserve, as they come to subvert, it'd be a sin not to take them seriously, however risible their aims may be, and however much they attempt to reinvent the Protestant wheel.

So if they come to a parish near you, or God forbid, your own parish, write to the parish priest, register your consternation. I'm only a parishioner, I'm not a theologian, but I know when something is wrong and not of the Church, and runs counter to Church teaching. If you have any doubts about this, go over to Deacon Nick's blog, and read all about ACTA there. It's disturbing reading and can't be ignored.

Update: There was a mole in the meeting at OLR, have a look at Dominie's blog for the notes that were taken!
Posted by Annie at 9:50 AM No comments:

For further information and booking for the pilgrimage, please follow the link here to the LMS website.

Day of Recollection in Uckfield

On Saturday, 29th of March, there will be a Day of Recollection at Our Lady Immaculate & St Philip Neri, High Street, New Town, Uckfield, TN22 5DJ. The day begins with Latin Mass at Noon, followed by a talk, shared lunch, Adoration and Benediction. The day will end at 4.00pm and is being led by Fr Armand de Malleray, FSSP. Everyone is welcome. Grateful thanks to Fr Stephen Hardaker for hosting the day, and to Mrs Pam Talbot for making it possible and arranging it.
Posted by Annie at 10:52 AM No comments:


Not that I like to give them the oxygen of publicity, but I can't help it in this case. ACTA stand for things that aren't Catholic. I shan't repeat the sordid details here, Deacon Nick at Protect the Pope has done the mucky work, follow the link and see for yourself exactly what they stand for under the guise of that luvverly word 'dialogue'.


Ok, rant time from me. It's been a while, but the rage is upon me. Why do they want to change the Catholic Church? There is a perfectly good alternative for them and they wouldn't have to do anything particularly taxing other than pitch up at their nearest Anglican church next Sunday. They've already done the women priest thing, they're on the way to lady bishops, and they have no problem with remarriage and contraception. Sorted.

Will they leave, though? Will they ever, because it's much more fun confusing the waverers in the church, those who might be having a hard time living faithfully, giving them a softer option if only they'll break the rules. This is wantonly sowing discord, this is not working towards peace and unity. And the boring refrain is always that the 'spirit of Vatican II' (henceforth abbreviated to S of VII) hasn't been implemented. As someone said to me the other day, you'd think the S of VII was the fourth person of the Trinity. I've read the documents, quite frankly they're rather dull, and I've never managed to find in them any of the stuff the S of VII-ers have got out.


The bottom line has to be if you don't like the rules, leave.  If you're a member of the golf club you expect to play by the rules, or you leave the golf club (not that I play, I'm with Mark Twain when it comes to golf). There's nothing to actually 'dialogue' about.


The S of VII mantra is so dull. But this is not something you can ignore, however stale the ACTA arguments are, and however boring it is repeating yourself, because it is a danger to souls. This isn't an overstatement; they are peddling discord and the losers are going to be those poor souls who haven't had enough proper solid catechesis in their formative years to know what's going on.