All Saints and All Souls at St Mary Magdalen's Brighton 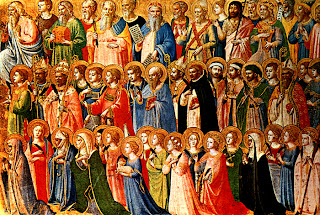 There will be a Low Mass on All Saints Day at 7.30 pm, 1st November 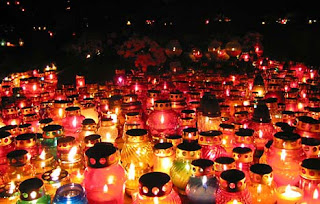 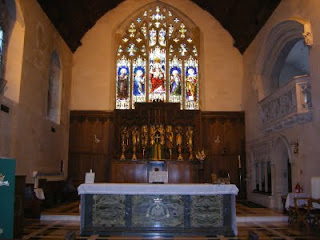 There will be a Mass at 8 am on Sunday, 7th November at St Mary Magdalene, Bexhill. Fr Bruno Witchalls will be the celebrant.


And on Saturday, 6th, there is a talk by Fr Sean before the 6.oopm Mass at St John the Evangelist,Horsham.
Posted by Annie at 9:46 AM 4 comments:

A Requiem Pontifical High Mass will take place on Saturday, 6 November at 2.00 pm in Westminster Cathedral, followed by Absolutions at the Catafalque. Mass will be celebrated by Bishop John Arnold, auxiliary in Westminster, who will also preach.
Posted by Annie at 6:11 PM No comments:

Mass at 3.00pm at Our Lady of Consolation West Grinstead, Fr Jonathan Martin will be the celebrant.

Please do look at the sidebar where all the regular Masses are listed for times and locations. If there's a cancellation/change/extra/newsflash, I'll put it up here as a post.
Posted by Annie at 6:06 PM No comments:

At St Pancras, Lewes, on Friday 29th October there will be Benediction at 7pm, followed  by the KNOW POPERY lecture, which begins at 7.45pm.

Kids - Who'd have them? ( a series of not necessarily coherent ramblings)

Seriously, in this country, having kids is just excessive, don't you think?

Reproduction's a kind of rather nasty disease, a disease only contracted by the intellectually (and financially) challenged. Foetuses are regarded as aggressors, babies as accessories, infants and children things to turn into government educated products, proto-adolescents and adolescents as problems.

And woe betide anyone who might actually be fortunate enough to have more than the replacement number! Tsk tsk!

If you have kids young, when you're biologically more able to, it's just bad taste, if not wrong, because for goodness sake, why aren't you out there getting taxed, having a good time? Where -and what- is your contribution to society? How can you possibly afford it? If you are irresponsible enough to have kids young, you aren't expected to look after your own children because the powers that be would much rather you delegate your responsibility, preferably to a child minder or nursery, because then you can go out to work to pay tax, and cover the cost of the childcare.

One salary, as we all know, just isn't always enough. God forbid you should need some state benefits, or if for example, you've been naughty enough to be a lone parent, even worse! A young lone parent? Didn't you listen to the advice in the abortion clinic? What were you thinking?

As I understand it from reading the liberal media, if you're middle class with two incomes, over thirty five and read a broadsheet, think Ricky Gervaise (post The Office) is funny and possibly need IVF for whatever reason, you're probably ok to breed.

And if you're a drug addict? Take the cash, have the snip. What right do you possibly have to the hope of a clean life and a family? Do the right eugenic thing, take the cash. It'll set you up for the next score.

As I understand it, in this country we're heading for the weirdest age imbalance in history with regard to retireds vs young.  Can't think why that could possibly be, can you?
Posted by Annie at 9:26 AM No comments:

...Fr Bruno Witchalls celebrated Mass and at the homily spoke of the triumphant rescue of the Chilean miners. He spoke of how we can see so clearly how God and Our Lady were with them through all the dark days they suffered below ground, and how we need God every bit as much as the miners did, to save us. Thank you Fr Bruno.

I think the images of the rescue that will forever stick in my mind was the TV footage of the woman waiting at the top of the escape shaft, holding onto her rosary and the beautiful image of Our Lady of Guadalupe. It was just so moving.
Posted by Annie at 8:55 AM 2 comments: 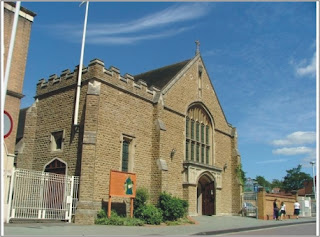 
"Fr.Seán Finnegan the parish priest of Our Lady Queen of Peace Adur Valley (currently on Sabbatical at St.John's Seminary Wonersh) will be delivering a catechesis on the spirituality of the Extraordinary Form and a guide to participating at 5.15pm on Saturday 6 November in the Church of St.John the Evangelist Horsham prior to celebrating the scheduled Mass there at 6pm. All are welcome and encouraged to attend particularly those who are new to the Extraordinary Form or who have never previously attended but might be curious to learn about it."
Isn't this great?
Posted by Annie at 10:08 AM 4 comments:


...Mass at OLOC, West Grinstead at 3.00pm and the celebrant is Fr Jonathan Martin.

All regular Masses can be found on the sidebar, so please have a look.

And please, if you've been to a particularly wonderful EF Mass, let me know and I'll post your musings on the blog, and if there are photos, even better!
Posted by Annie at 10:03 AM No comments:

What a week it was for Masses in the Extraordinary Form.

Last Sunday Fr Agley celebrated Mass at Our Lady of Consolation West Grinstead, thank you Father. Afterwards all the talk was of the Holy Father's visit. Everyone has been so buoyed up by his visit to us it's fabulous. 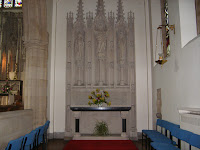 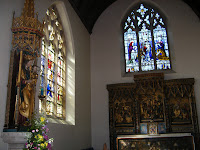 Last Tuesday at Our Lady of Ransom, Eastbourne, Fr Briggs said Mass in the Lady Chapel, and on Wednesday, Fr Finigan. One of the most fantastic things about those Masses was that while Mass was being said in the Lady Chapel, Mass was also being said at the Sacred Heart altar. I've never been in a church where simulataneous Masses were being said, it was wonderful! Thanks to Frs Finigan and Briggs.
If only the pews and their kneelers hadn't been turned away from the lady altar at OLR and fixed down in a strange position facing the congregation in the nave a good distance from the altar! This peculiar reordering makes it impossible for older members of the congregation to kneel, or get up safely if they do, because the blue chairs set out in lieu of the pews slide dreadfully on the parquet, and there are no loose kneelers to use.

The alternative is use the pews, and assist at Mass sideways. Perhaps next time I'll take my foam gardening mat. Thankfully the Sacred Heart chapel hasn't been messed about with.

On Saturday evening in Horsham at St John the Evangelist, more than 40 people braved the awful weather to assist at Mass, said by Fr Bradley. Fr Sean Finnegan will be the celebrant in November, watch this space.

Yesterday was Mass at St Pancras Lewes, where the celebrant was Fr Jonathan Martin, and the preacher was Fr Richard Biggerstaff. Fr Richard preached on the beauty of the rosary.
I'll take my camera next time and get a pic of the inside.

It's always so relaxing to go to an EF and turn up knowing that it's going to be the same as the last one, and the same as the next one. There's such a fantastic inbuilt quality control in the Old Rite it means you can pray away without any sudden interjections, or asides, or notices, which ruin the flow. You really can prayerfully chillax.

(Apologies if things are out of line today, the site's been playing silly bloggers with uploads, grrrr)
Posted by Annie at 10:33 AM No comments: