A Day of Recollection

There will be a Day of Recollection at Bethany Chapel, Diamond Farmhouse, Lewes Road, Easons Green, TN22 5JH, with Fr. Michael Clifton on Tuesday, 18th October, starting with Holy Mass at 11.30, followed by a talk, shared lunch, rosary and Benediction ending about 3.30.

Ad orientem, and other things about which I rant

Ad orientem: that most thorny and emotive of topics, I'm expecting at least one personally offensive message in the com box  for having the nerve to think that seeing Father turning towards The Father is more important than to me. Now, let me pre-empt the combox critiquers by saying I'm not debating this one, nor getting into a historical debacle about what happened in the first millenium. This is my opinion which you are free to take, or leave.

Like most people of a more trad persuasion, I am unable to be solely a Latin Mass goer so also assist at the Ordinary Form. In for a penny, in for a pound. I have found ad orientem to be THE  most prayerful way for Mass to be said, at any and every Mass.


I am very aware of the arguments against ad orientem, which often include how people feel about how rude it is for the priest to have his back to the people. I'm more inclined to flip that round and ask why the priest should have his back towards God. There are lots of valid liturgical reasons for facing liturgical east, I've yet to hear a single convincing argument for versus populum.


Recently, the Ordinariate in my area has re-introduced Masses ad orientem. The difference to the OF Mass is amazing.  Mass is not being said *at* you, it is being said to God. The priest is not the centre of attention, Our Lord's sacrifice is. No longer are we, as someone has said, being led into battle by a general facing us, while walking backwards. 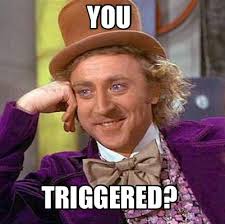 Of necessity, I recently went to a Mass versus populum. I think 'me, myself, and I', covers it.  Genuflection, the gestures in the missalettes for the people to follow, for example, at the Confiteor, bowing at the Creed, were pretty much ignored by everyone. How do I know? Shouldn't I have been concentrating? Well, when you're the only person making those gestures, it is very obvious when no-one else is anywhere near you. The bidding prayers were longer than the Eucharistic prayer. The ladies with the chalices purified them. I could go on.


I left fairly enraged, wondering where Our Lord had been in any of it, He got the least mention of anyone. We heard an awful lot about the Pope's  Year of Mercy, but not from Whom the mercy comes. 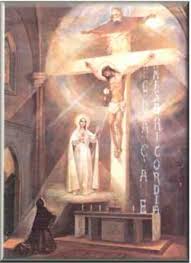 You honestly would have come out thinking, had you been new to it all, that even the St Vincent de Paul Society had been invented post 1969, and that there had never been anything worthy, or good, in our entire 2000 year Catholic history. You would believe that the Pope invented mercy, that the Consecration was pretty much irrelevant, and that a resurgence of tambourines was in the offing.

How is anyone to be drawn to Christ in the Mass if all they experience is an apologetic Christianity, more interested in social justice issues than the sacrifice of Our Lord?

The more I see, the more I am convinced that everything flows from the Mass. Get the Mass right, and all those justice issues sort themselves out with very little prodding. The great religious orders of the past were founded as a response to the call of Christ in the Mass. Recently, the new orders have been founded by reconnecting with the traditional roots of Catholicism, and yes, that is the Latin Mass. It speaks volumes that these are the orders currently under scrutiny and in the process of being suppressed.


Ad orientem provokes some aggressive opposition. Personally, I believe the less the personality of the priest is in evidence, the more we see and experience the presence of Christ.
Posted by Annie at 10:26 AM No comments:

...a very happy and holy feast day! We're having cake.

Great to see the back of you, Father.