I haven't posted about this for a while, and wrote the draft post for this very subject only last week, ready for next week (well, I like to have something up me sleeve for slow weeks!). But as LMS Chairman Joe Shaw posted this today, I think now's as good a time as any!

So, here's a heavily tweaked version of 'what I wrote', removing the repeated Biblical bits, so this kind of covers what you have to overcome to be able to wear anything on your head at Mass, even a beanie.

After all, mantillas must be the only (modest) bits of fabric I know that can get people positively frothing at the mouth, and not in a good way.

Head covering can be considered old fashioned, irrelevant, counter-cultural (therefore horribly backward looking) and are worn, some say, by the more intellectually challenged kind of females, or just by the bloshie to be deliberately provocative. 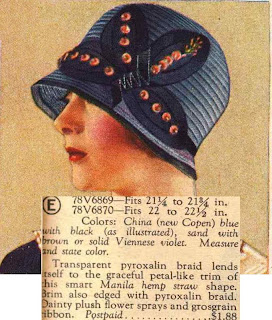 So, old fashioned : Yes and no. It's always been traditional for women to wear some kind of head covering when they are in Church, and was until 'you-know-when'. Superficially, what's wrong with a bit of 'old fashioned' - although I prefer to think of the custom as 'timeless'. There's also the Biblical basis for it, see Joe's blog.

Irrelevant : Yes and no. Yes in terms of it not affecting the price of beans, but it does say something about how special Mass is, and indeed, how very special being a woman is.

Counter-cultural and backward looking : Given the state of the world at the moment? Bring it on! I have no problem being counter-cultural. It's even invigorating at times, if you regard the prickly stares at the OF in the right way. And there's nothing wrong with remembering where you come from, traditionally speaking, or otherwise.

Provocative : This is a tricky one, because wearing anything on your head at Mass can be tantamount to making a huge political statement. There isn't much wiggle room here. Do I wear a mantilla to be provocative? Absolutely not, but there are some who might interpret it that way, and who might interpret it as a criticism of them.  This is a pity, because being different really isn't the easy option. It's something you feel you simply have to do. I wear one for the OF (yes, funny looks all over the place, but if you go often enough eventually they just think you're eccentric, or foreign, and ignore you) and the EF (where blessedly no-one bats an eye).

And the future? I'm not expecting women up and down the country to have simultaneous epiphanies regarding veils at Mass, and suddenly come out over night causing a world wide lace shortage. But it might be nice to encourage just thinking about the reasons for the custom of wearing something on the head at Mass. I think, for me, it's absolutely necessary to wear something special whenever I'm in Church and in the presence of the Blessed Sacrament. It's something I do for Him. And women are special, to pinch a popular phrase, we're worth it!

So ladies, if you feel you'd like to scarf/veil/mantilla/hat, whatever you want to call it, have a try, and don't be put off by being the only one, even at the Ordinary Form.You never know, you might start a trend... Annie I am of the old school and prefer a lady to wear a mantella it shows respect but what respect do those people show who will not kneel to receive Communion.The OF Mass resembles a fast food outlet.A priest of the St.Pius X Order would soon shake these Parishes up.

When covering my head now, [to show that I am no slave to a false prophet and his misogynistic false god but rather a follower of the radically pro-woman Jesus who even talked to Samaritan women in public and let unclean bleeding women touch the hem of his garment] I prefer returning to my Grandma's love of HATS. - AvantiBev, Chicago, IL USA